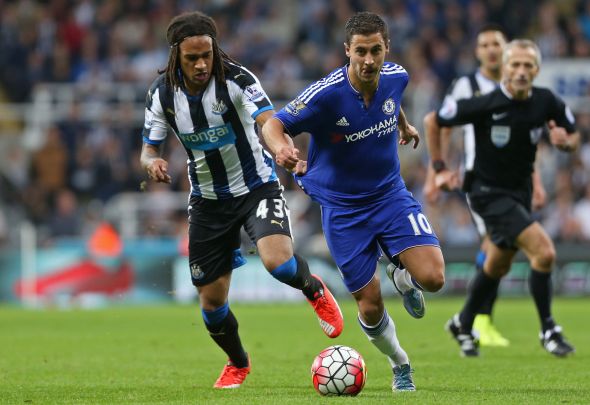 Kevin Mbabu is close to completing a deal that will see him leave Newcastle and join Swiss Super League outfit Young Boys, according to a reliable journalist.

The two-time Switzerland Under-20 international spent the entire 2016-17 season on loan with Young Boys, helping them qualify for the Champions League by finishing in second place.

FourFourTwo, ITV and Yahoo Sport journalist Kristian Heneage revealed on his personal Twitter account that the 22-year-old is just a “few details” from moving to Young Boys.

Kevin Mbabu looks to be leaving #NUFC. He confirmed last night he's a few details away from signing a 3-year-deal with Young Boys.

Joining the Toon in January 2013, Mbabu has made just five senior appearances for and has just 12 months remaining on his current St. James’ Park deal.

With DeAndre Yedlin considered the Toon’s first-choice right-back and Jesus Gamez also on the books in the north east, Mbabu is unlikely to add to his career appearances for the Magpies.

It has seen the versatile defender move on loan to Scottish giants Rangers as well as Young Boys, and he is now set to confirm a permanent move to his loan side.

A three-year deal is on the cards for Mbabu, who is primarily a right-back but can ply his trade anywhere across the back four.

It is a move that suits all parties. Now 22, Mbabu was in danger of seeing his potential go to waste on the fringes of Rafa Benitez’s squad and a move is desperately needed at this stage of his career. Young Boys will be receiving a player who knows the squad well following his year back in his home country, offering them cover on the right, left and centre of defence. For the Toon, Benitez is looking to bolster his squad in order to avoid Premier League relegation next season and any incoming transfer fees is welcomed by the Spaniard.

In other Newcastle transfer news, here are three reasons why the Toon should sign this recently-relegated Premier League winger.