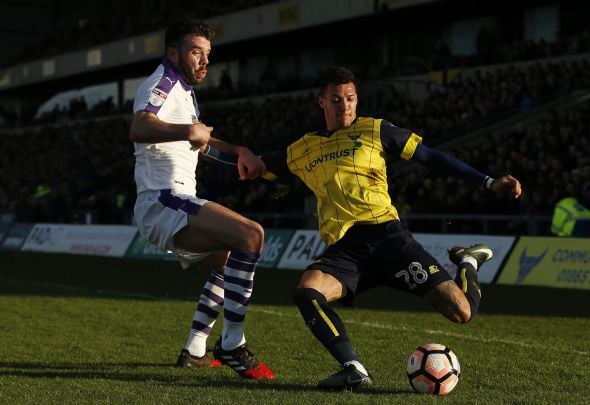 Wolves could miss out on Newcastle defender Grant Hanley after being told that they must buy him permanently, according to a reliable journalist.

The Sun claimed on Sunday that Wolves were looking to secure a loan-to-buy deal for the Scotland international, after a disappointing stay on Tyneside.

However, Sun correspondent Alan Nixon has now revealed on his personal Twitter account that the Toon will only allow Hanley to leave if it is on a permanent basis. Hanley has cut a frustrated figure in the north East this season following his £5million move from Blackburn, as he struggles to oust Jamaal Lascelles and Ciaran Clark.

The 25-year-old has played just 12 games for the Toon, and was part of a reshuffled Newcastle side that were embarrassingly trounced 3-0 by League One side Oxford United on Saturday.

Wolves were looking to take advantage of Hanley’s lack of playing time, but have been told they must cough up a transfer fee for the Magpies’ number five.

Midlands giants Wolves currently have Richard Stearman and Danny Batth as their first-choice centre-backs, but manager Paul Lambert is said to be keen to sign Hanley.

It remains to be seen if Wolves can both afford and are interested enough in Hanley to splash out on the commanding stopper, after the Molineux club signed Benfica winger Helder Costa. Possessing plenty of Championship experience, Hanley would be a top signing for Lambert’s side as they look to fire themselves away from a Championship relegation fight. However, with the form of both Stearman and Batth at the back, which was on show in the 2-1 win against Liverpool, it remains to be seen if Hanley will be signed. Lambert would be better advised at looking to bring in an attacking midfielder or a striker, if he was to make a deadline-day signing.

In other Wolves transfer news, Stan Collymore has had this to say about one of Wolves’ signings.