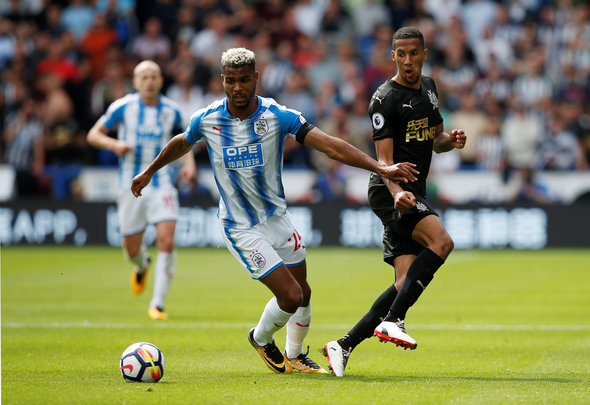 Huddersfield will be without striker Steve Mounie for their clash with Tottenham at the John Smith’s Stadium on Saturday afternoon, according to a reliable journalist.

Injury expert Ben Dinnery claimed on his personal Twitter account on Thursday that Mounie, 22, will miss the clash with a heel injury while the Terriers will also be without Danny Williams as he recovers from a fractured foot.

Mounie was snapped up by Huddersfield in the summer and began life in the Premier League brilliantly by scoring a brace in the 3-0 win at Crystal Palace on the opening day of the season.

He has not scored since for the Terriers but has missed the last two league games due to his injury blow, which wasn’t expected to have seen him out for this long.

Tottenham have selection worries of their own for Saturday’s game with Serge Aurier, Danny Rose, Mousa Dembele, Victor Wanyama and Erik Lamela all out of contention, however there is one positive in that Christian Eriksen is able to come back after missing the Champions League win against APOEL on Tuesday through illness.

Spurs’ clash with Huddersfield this weekend will be the first time that the two have played each other in a competitive setting since 1972, when the Londoners ran out 2-1 winners in a League Cup clash at White Hart Lane.

In other Tottenham news, Arsenal icon Martin Keown believes that the manager is not getting enough out of this Spurs player.