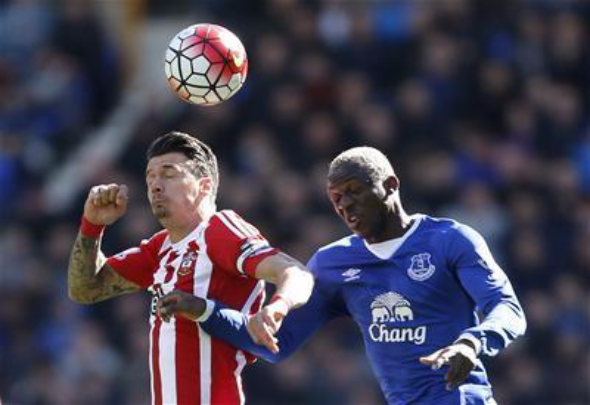 West Ham are in talks with Southampton over an £8million deal to sign Jose Fonte – according to a reliable journalist.

A Sky Sports report had revealed on Thursday morning that West Ham were in advanced talks with Southampton over a deal for the Premier League veteran.

Now, Kaveh Solhekol, who works for Sky Sports, has revealed on Twitter that the Hammers have tabled a bid worth £8million, and that a deal was close to being agreed.

The 33-year-old handed in a transfer request at the start of the month, declaring his intention to leave Southampton after a seven-year spell with the south coast club.

Despite being a key player for the Saints in recent seasons, Fonte has fallen out of favour at St. Mary’s and is not interested in extending his deal that has just 18 months left to run.

Instead, Southampton are now looking to make a sizeable return on the defender, who they signed for just £1million in 2010.

West Ham manager Slaven Bilic has made defensive reinforcements a top priority this month, with his side having suffered a number of heavy defeats over the course of the season.

The Hammers were recently dumped out of the FA Cup with a 5-0 thrashing at the hands of Manchester City, while they conceded nine goals across back-to-back games with Manchester United and Arsenal earlier in the campaign.

Fonte would be a fantastic addition to West Ham’s back-line. He brings vast experience and can be a reliable, consistent figure in a defence that has been far from its best this season. He will no doubt form a strong partnership with Winston Reid and Angelo Ogbonna, who are both also established internationals and could help solve their defensive frailties. His advancing years will not present much of an issue, as he has proven both for Southampton and in the summer with Portugal that he can still perform at the top level. £8million may seem a little steep for a player of his age, but you can’t often get quality these days without dipping further into your pocket. He will prove to be worth every penny.

In other West Ham transfer news, the Hammers are in a two-horse race to land this Ligue 1 teenager.