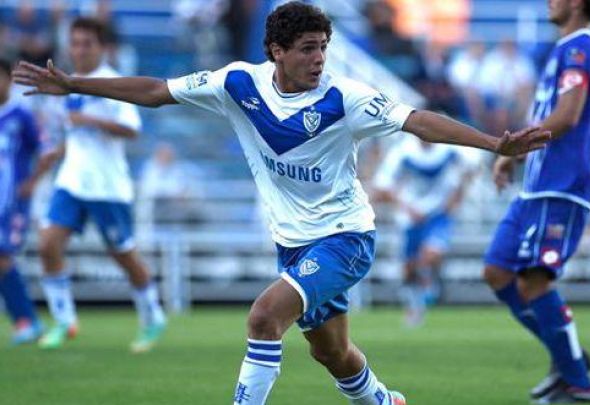 Arsenal are set to go head-to-head with London rivals Tottenham as both clubs look to secure the signature of Argentinian wonderkid Maxi Romero.

HITC Sport claim that Wenger has reignited his interest in the Velez Sarsfield attacker, but will face competition from Romero’s fellow countryman Mauricio Pochettino.

This isn’t the first time manager Arsene Wenger has been linked with the 17-year-old, after Argentinian outlet Infobae reported in April 2015 that he was close to a £5.1million move to The Emirates.

Romero himself revealed to another Argentinian publication, TyCSports, that he was close to an Arsenal move last year.

However, the move fell through after he suffered a cruciate ligament injury in his knee and opted to stay in Argentina. He has since scored three goals in 11 games for the 10-time Primera Division winners.

Velez’s number 19 made his debut back in February, and scored his first goal in his next appearance against Olimpo. Romero has made three starts in his 11 appearances.

Wenger has been busy trying to improve his side’s depth in youth, bringing in Rob Holding and Takuma Asano, whilst Nigerian sensation Kelechi Nwakali is expected to sign.

Pochettino, who won 20 Argentina caps during his career, is also keen on signing Romero, as both sides look to kick-on with their youth drive.

Tottenham have made two signings this summer, with Victor Wanyama and Vincent Janssen putting pen to paper at White Hart Lane.

In other Arsenal transfer news, Wenger has decided to train this player as a defender as his centre-back crisis worsens.