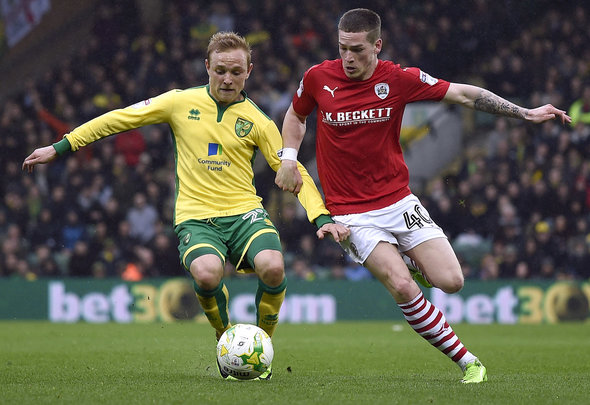 Aston Villa are in pole position to land Liverpool youngster Ryan Kent during the summer transfer window, according to a report.

The Birmingham Mail claims that Liverpool manager Jurgen Klopp has decided to send the 20-year-old winger out on loan next season in order to gain more first-team experience and Villa are the favourites to secure his signature.

The newspaper claims that fellow Championship sides Leeds United and Middlesborough are also keen on signing the youngster this summer.

This comes after former Sky Sports reporter Graeme Bailey recently claimed on his personal Twitter account that Middlesborough have decided to pursue Kent instead of his teammate Sheyi Ojo.

Intriguingly, Villa are also on the verge of signing Tottenham midfielder Josh Onomah, with the deal expected to be completed today (Friday).

Kent has been involved in Liverpool’s pre-season tour to Hong Kong and Germany this summer and he impressed as the Reds beat Bundesliga champions Bayern Munich 3-0 on Tuesday night.

The youngster spent last season out on loan to Championship side Barnsley where he contributed with three goals and three assists in all competitions.

The Englishman was recognised for his performances as he was named Barnsley’s Young Player of the Year last season.

Kent has only managed to feature for the Liverpool first-team on one occasion in the 2-2 FA Cup draw against Exeter City during the 2015-16 season.

Last season, Kent demonstrated that he is capable of producing the goods in the Championship and he could turn out to be a very shrewd signing for Villa this summer. The youngster is an exciting winger who can provide a serious attacking threat on the wing with his pace and ability to take on defenders. The winger might feel that he has something to prove to Liverpool manager Klopp and it would be a huge statement to deliver at Villa Park next season. Beating Championship rivals Leeds and Middlesborough to his signature would be a massive boost for the club ahead of the new season and it would signal Villa’s intent of mounting a serious threat on the playoffs or even a place in top two.

In other Aston Villa news, a reliable journalist has claimed that the club have agreed to sign this Tottenham youngster.