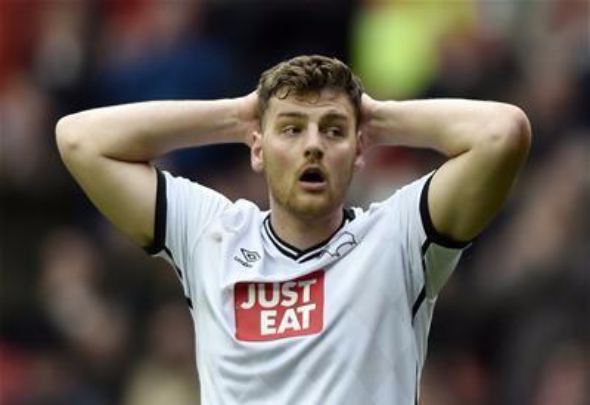 Leeds United have been handed a major boost in the hunt to sign Derby forward Chris Martin, according to a report.
The Telegraph claims that the East Midlands club could be looking to offload Martin, 29, on loan this month in order to finance a deal to sign Cameron Jerome from Norwich.
It is understood that Jerome, 31, will undergo a medical at Derby on Tuesday, but that means that the Rams may have to shift out another striker, therefore Leeds have been handed a potential boost in their chase for a new centre-forward.
Freelance reporter Joe Rawson claimed on his personal Twitter account on Monday that Leeds have approached Derby with enquiries about the Scotland international but his wages could potentially have been an issue.
However that may become less of a problem if Derby are so desperate to get the ex-Norwich target man off their wage bill.
The Telegraph adds that Leeds are joined by Fulham and Reading in pursuing the powerhouse striker, who is known for his commanding physical and aerial presence.
Football Insider verdict
Leeds should still have a bit of money floating around after selling Chris Wood to Burnley in the summer, but Thomas Christiansen and Victor Orta have clearly demonstrated that they would rather invest in quantity over quality after making a huge number of signings in the summer. Leeds did not reinvest the £15million pocketed off Wood’s sale straight into signing a new striker to fill the void. In hindsight, that is what the Yorkshire giants should have done because Pierre-Michel Lasogga and Jay-Roy Grot are well below par.
In other Leeds United news, the Whites are in the running to re-sign this Premier League forward as a £1.5million bid is readied by a high-flying club.
We’ve launched a << BREAKING NEWS FEED>> exclusively for your club. ‘Like Us’ on Facebook by clicking here if you want 24/7 updates on all Leeds United breaking news.