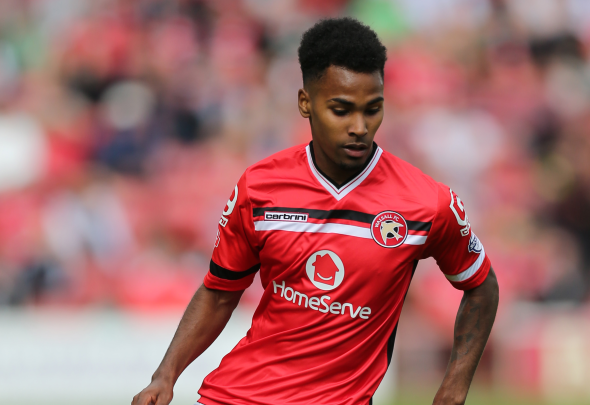 Leeds have opened talks to sign Walsall wonderkid Rico Henry, according to a report.

The Daily Mail claim that Monk has stolen a march on his Premier League rivals to land the left-back amid concerns that current left-back Charlie Taylor could leave.

Henry, 19, was nominated for the Football League Young Player of the Year last season, losing out to eventual winner Lewis Cook.

He made his name with some dazzling displays from left-back for Walsall during his 44 appearances for the League One side.

Birmingham-born Henry has been attracting the interest of some of England’s biggest clubs, with Premier League sides West Ham, Liverpool and Arsenal all credited with an interest.

Monk is desperate not to lose Leeds player of the year winner Taylor after selling another Leeds academy graduate in Lewis Cook who signed for Bournemouth in a £10million deal on Saturday.

However, he may be powerless in his attempt to do so with only 12 months remaining on Taylor’s contract and may be forced to cash in on the 22-year-old, who has been linked with a move to West Brom.

As Football Insider reported on Sunday, Henry would command a fee of around £1million. The Saddlers are under no pressure to sell Henry though, with two years still remaining on the pacy full-back’s contract.

In other Leeds news, Monk is confident on bringing in new Leeds signings.