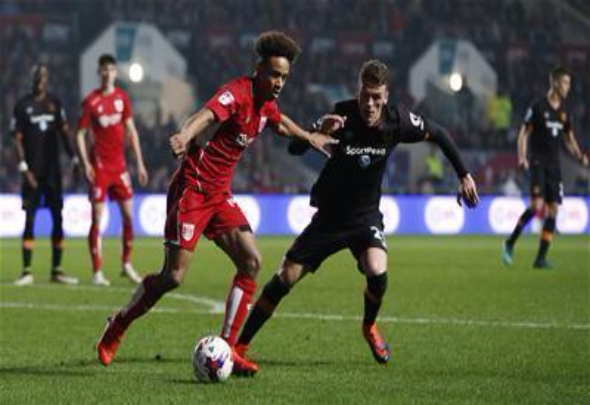 Jurgen Klopp is planning a January swoop for Hull full-back Josh Tymon, according to a report.

The Sun have claimed that Liverpool have joined the hunt for the 17-year-old with Everton and Arsenal also interested.

It is claimed that Klopp has made the left-back a top target after having watched the young prospect playing against Bristol City in the EFL Cup last week in which his side won 2-1.

However, Ronald Koeman and Arsene Wenger have also been monitoring Tymon as they look to win the signature of the youngster.

Hull are also keen to keep their youthful player and it is stated that the Tigers have opened talks about a lucrative deal for the England Under-17 international.

Klopp is currently keen to add to the problematic left-back position and has also been looked with a move for Southampton youngster Sam McQueen.

Last season’s first choice full-back Alberto Moreno was dropped this season after the opener against Arsenal following a poor display which saw him caught out with his limited defensive capabilities.

It has left the versatile James Milner to cover the position, who has so far done a solid job, but isn’t a natural full-back and is also 30.

In other Liverpool transfer news, the Reds are considering a £2million bid for Ipswich teenager Andre Dozzell.