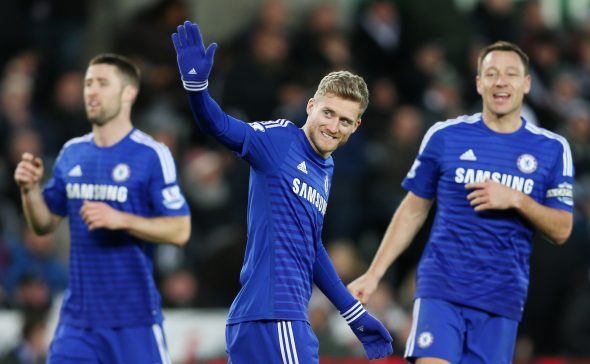 Newcastle United are leading the hunt to secure a loan swoop for Borussia Dortmund attacker Andre Schurrle this month, according to a report.
The Sun claim on their website that the Magpies are set to battle it out with top flight rivals Stoke City to secure the temporary arrival of the former Chelsea winger, with the German outfit ready to send the 27-year-old out on loan after struggling for game time this season.
The 57-cap Germany international, who has 22 goals for his country, has managed to make just 10 appearances this season after joining from Wolfsburg in the summer, while he made a total of 44 Premier League outings during his time in England.
Football Insider verdict
Newcastle are in desperate need of some attacking reinforcements and the names linked over the January window have not exactly filled the Toon Army with much hope. However Schurrle’s potential arrival is another matter entirely, and he could be the sort of signing to get the Magpies going during the second half of the season. Woefully underused while with Chelsea, he has grown into a mature and talented forward, whose record this season does not do him justice compared with his time at Wolfsburg as well as with his country. If Benitez can pull this one off, then maybe it will go some way to rebuilding the faith of the fans, who believe the club are lacking any sort of ambition right now.
In other Newcastle United news, the club have bid £8.8million to secure the signing of a defensive prospect from European giants.