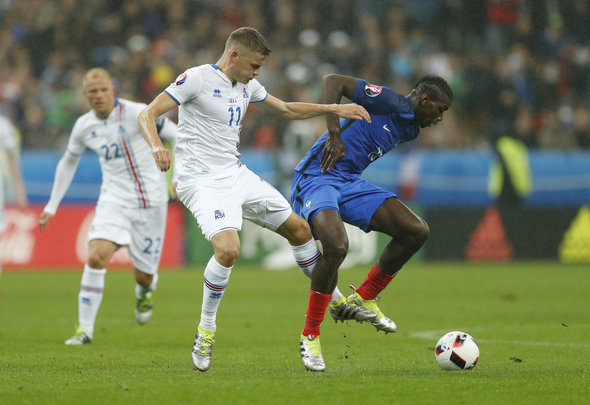 Newcastle United officials have held talks over a deadline day swoop for Augsburg striker Alfred Finnbogason, according to a report.
The Chronicle claim on their website that the Magpies are still scouring the market for a forward to bolster their front line and that the 28-year-old Icelandic international has been identified as a potential target after his fine form in the Bundesliga this season.
The 45-cap forward, who has scored 11 times for his country, has netted 11 goals in 18 appearances in Germany’s top flight during the current campaign, and has a total of 21 strikes from his 47 outings for his current club.
However the report states that securing a deal for the forward, who has hit two hat tricks this season, may be difficult as a result of his impressive performances.
Football Insider verdict
Newcastle fans would have been hoping that this was the year the club realised the issue with leaving their transfer business until late on in the window, but it appears that nothing has changed on Tyneside. The Magpies showed during the first half of the season just how desperately they needed some additional firepower but despite efforts for the likes of Nicolai Jorgensen, nothing has come off. Can the Toon Army expect to see a new striker through the door at St James’ Park on deadline day? Anything is possible, but it appears to be unlikely until the club secure some exits, by which point it may well be too late.
In other Newcastle United transfer news, a fringe figure for the club has been pictured on his way to securing his exit.