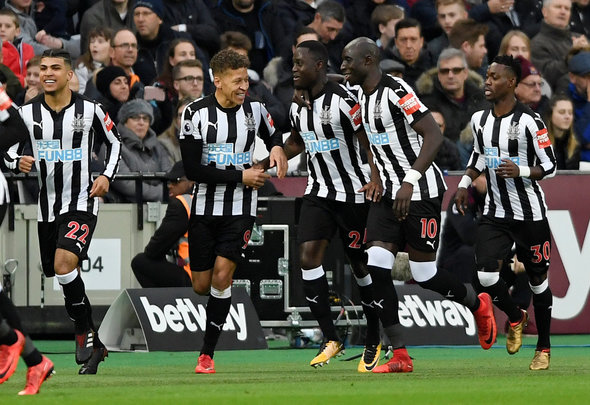 Newcastle United midfielder Henri Saivet has been pictured arriving in Turkey on his way to securing a loan move to Turkish top flight club Sivasspor on loan, according to a journalist.
Reporter for France Football Nabil Djellit revealed the photo of the Magpies’ fringe figure via his personal Twitter account, after a report from L’Equipe stated that the Super Lig side had been pushing hard for his signing prior to Wednesday’s transfer deadline.

The central midfielder has been on the very fringes of the first team at St James’ Park, with manager Rafael Benitez utilising him as a necessity due to injuries and suspension rather than choice, with just four appearances for the club this season, scoring one goal.
Football Insider verdict
If Newcastle can offload some of their dead weight early on Wednesday then there is every chance the club could secure some late incomings, so Saivet’s imminent departure is good news for the Magpies. His exit will clear up the wage bill at St James’ Park as well as leaving space in the first team squad for a new signing, and considering how underused he was by Benitez, it is a surprise this move is not a permanent one. Still, so long as Newcastle have secured a fee and/or part or all of his wages being paid by Sivasspor, then it is a fine deal on what could potentially be a busy transfer deadline day.
In other Newcastle United transfer news, fans have been raging over a Sky Sports update confirming discussions over a possible signing.