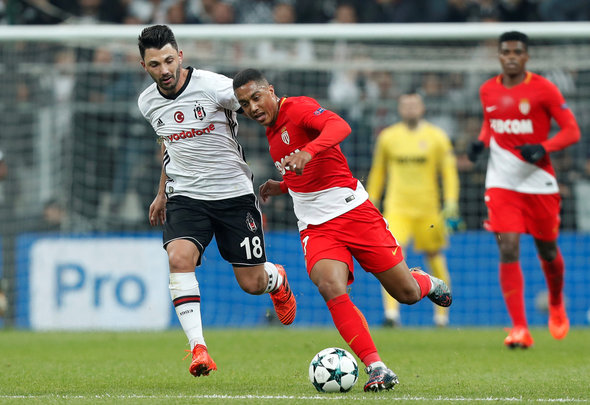 Tottenham are looking to secure a deal for Besiktas midfielder Tolgay Arslan in January, according to a report.

Turkish sport news website Fotomac claim that the Lilywhites are keen on snapping up the 27-year-old after impressing for his club this season and are preparing a bid in the region of £8.8million.

However the report states that Besiktas would have to receive an offer of at least £10.5million to let their pass master depart, having joined from German side Hamburg SV in the winter transfer market of 2015.

The central midfielder, who can also operate in a defensive role, has made 88 appearances for the Turkish side since moving from the Bundesliga, with 15 of those coming during the current campaign.

Contracted until 2022, Arslan is also a former Germany under-21 international, having come through the youth academy at Borussia Dortmund.

A swoop for a 27-year-old midfielder seems a peculiar move for Mauricio Pochettino, as he already has a whole host of talent at his disposal. The likes of Mousa Dembele, Victor Wanyama and Eric Dier are all well established international stars, and Harry Winks have done more than just fill the gaps in their absence, with his polished performances in the centre of the park. Furthermore, Josh Onomah has been playing well on loan at Aston Villa and will be vying for a place in the first team squad in the future and as such more competition is likely to stifle his development. Arslan would likely only join as a replacement for one of the current stars at Spurs, and that then begs the question ‘Who?’.

In other Tottenham news, this Spurs superstar has been valued as the second most expensive footballer in the world.