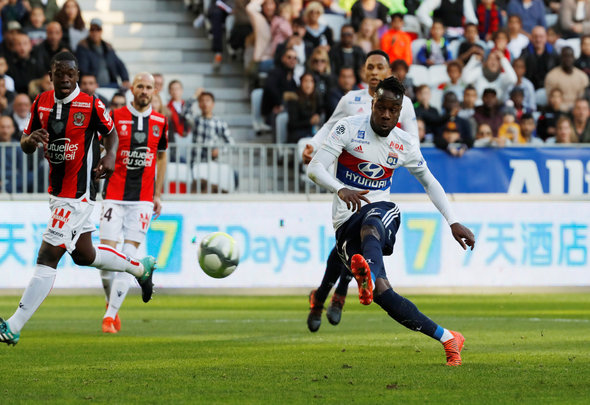 Tottenham are eyeing up a swoop for Ivory Coast winger Maxwel Cornet ahead of the January transfer window, according to a report.

The Mirror claim on the transfer blog on their website (20/12, 19:23) that Spurs have been keeping a close eye on the 21-year-old speed machine, who is able to play on either flank for both his current club Olympique Lyonnais and his country.

He has picked up five caps for the Ivory Coast, having played for every youth level with France, and has been a regular for Lyon this season, netting twice and chipping in with four assists across 21 appearances across all competitions.

It is reported that the youngster has a bargain £7million release clause in his contract, and that German giants Borussia Dortmund have joined Spurs in monitoring his progress.

Tottenham are not known for making use of out-and-out wingers in the formation utilised by manager Mauricio Pochettino, and so Cornet may well find playing time hard to come by if he were to join. The lack of action seen by Georges-Kevin Nkoudou demonstrates just how difficult it can be to break into the side as a winger, and unless the Ivory Coast international has the ability to operate as a full back, then it could be a frustrating time at the north London side. Still, his connections with Serge Aurier may help convince him to move, plus the £7million price tag, courtesy of a release clause, is certainly within budget for Spurs, even for a back up figure.

In other Tottenham news, Sky Sports pundits deemed Harry Kane not good enough for their team of the season.