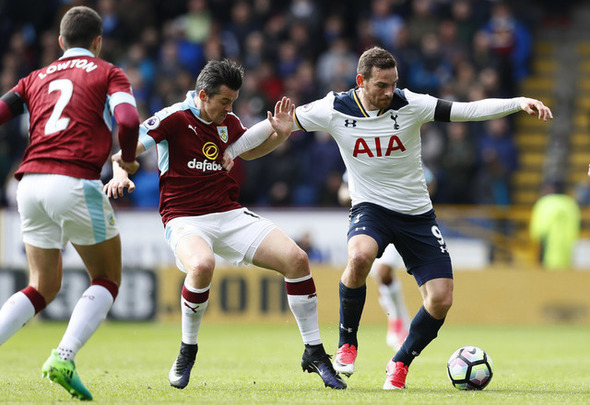 Tottenham striker Vincent Janssen is set to see his loan deal with Fenerbahce torn up before Wednesday’s transfer deadline as the Turkish side look to sign a replacement, according to a report.
Turkish publication Fanatik claim on their website that the Dutch striker’s ankle fracture is set to keep him out of action for up to three months, and that his loan club feel the need to secure a new striker, with former Barcelona and Everton man Samuel Eto’o named as a potential signing.
As a result of his long term absence, it is said Fenerbahce are to cancel the season-long loan deal signed in summer, meaning that the Tottenham flop, who scored just six goals in his 39 appearances for the club, looks set to return to north London early.
He has made 12 appearances and scored three times for the Turkish side during his loan spell, but has missed the last seven games as a result of his injury.
Football Insider verdict
Janssen’s return to Spurs will not be greeted with much cheer, considering his unimpressive history and his current injury status. It is understandable why Fenerbahce are looking to cancel his deal, as he is taking up space that could be used for a fit and ready striker, so it looks as though Tottenham will have to deal with him. Really, the injury is near enough a season-ending one, and with Mauricio Pochettino having brought Fernando Llorente in during the summer, it would be a major surprise were the Dutch forward to feature before the end of the campaign. Still, injuries and suspensions can change everything, so maybe Janssen will be thrown a lifeline yet.
In other Tottenham transfer news, the club are in the final stages of completing an exciting £25million capture.