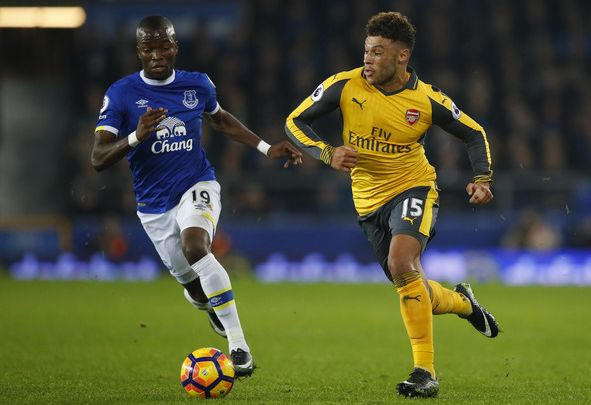 Enner Valencia could be set to rejoin former side Pachuca with his West Ham future in doubt, according to a report.

Mexican publication AS claim that the 27-year-old’s former side Pachuca are interested in the versatile striker, who is currently on loan with Premier League rivals Everton.

It is believed that the forward is keen on a move and wants more first-team football ahead of the 2018 World Cup in Russia.

He could also be tempted Pachuca’s qualification to the 2017 Club World Cup.

Valencia has struggled to find any kind of consistent form this term, scoring only three goals in 21 league and cup appearances for the Toffees under manager Ronald Koeman.

With Slaven Bilic likely to look to the summer transfer window to bolster his options in the final third, Ecuador international Valencia may find his future in east London weakening.

Valencia moved to the Hammers after impressing at the 2016 Copa America, scoring twice and laying on another two goals in assists as his country reached the quarter finals.

Scoring 18 goals in just 23 appearances for Mexican top tier side Pachuca, Valencia could now return to his former side in order to reinvigorate his career.

It remains to be seen how much Pachuca would have to pay for Valencia, who signed for the Hammers in a £12million deal. With two years still to run on his current deal, Bilic’s side are unlikely to accept a loss.

If Valencia wants to prevent his career from stagnating, he must leave east London in the summer. His form has shown no signs of improving this season, and is likely to be surplus to requirements upon his return to Bilic’s side. However, is a move back to Pachuca the best he can do? It’s a huge step down from England’s Premier League. Valencia should encourage his agent to get to work ahead of the summer transfer window, and look for a club that is in need of a versatile forward in any of Europe’s biggest leagues.

In other West Ham transfer news, David Gold has revealed that the club are on the verge of completing a deal for this midfield goal machine.