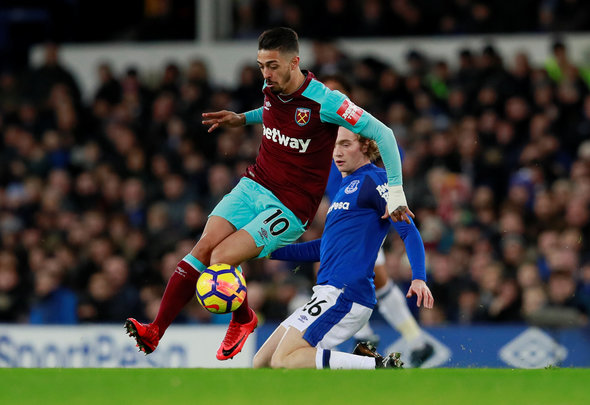 West Ham stars Andy Carroll and Manuel Lanzini are both set to be long-term absentees after their respective injury blows, according to a report.
The Guardian claim on their website that the pair of attackers have both picked up injuries in recent weeks, which look set to keep them on the sidelines for the foreseeable future.
Striker Carroll is said to be looking at a return date of April after he underwent surgery on a foot injury, while attacking midfielder Lanzini’s hamstring strain is reportedly out of action until the end of February.
However despite their respective blows, the report also states that manager David Moyes is to be handed an imminent boost, with centre back Jose Fonte and winger Michail Antonio both set to return to training soon after their absences from the first team.
The former Southampton defender has been out of action since suffering an ankle injury back in October, and has managed to make just eight appearances this season.
Antonio meanwhile has missed several games as a result of various injury issues this season, the most recent a calf blow which has seen him sit out the club’s last seven games, having turned out 15 times before suffering the injury.
In other West Ham transfer news, the club are looking at signing a £30million-rated midfield maestro from a European giant.