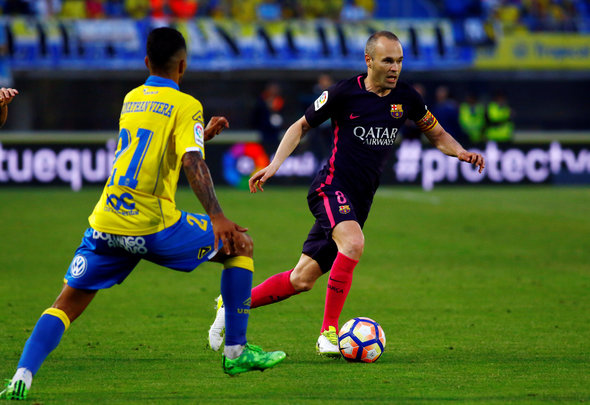 Newcastle are eyeing attacker Jonathan Viera from La Liga club Las Palmas, according to a report.

Wales Online claim that the Magpies are tracking the 27-year-old Spaniard after an impressive season with Las Palmas.

It is understood that Everton, Swansea and Spanish side Real Betis are also keen on his signature.

Viera was in great form last year and made 33 appearances across all competitions, scoring seven goals and supplying nine assists in return.

Spanish outlet Canarias7 claim that the playmaker has a £26.3million release clause in his contract with Las Palmas, which is set to expire in 2021.

Viera has become a star player in the Spanish to flight in the past two seasons and been crucial to his side.

Newcastle could do with an extra wide man ahead of the next season to provide competition alongside Matt Ritchie, Christian Atsu and Rolando Aarons. Viera has proven himself in La Liga recently and has been a standout performer in a mid-table side. The attacker is now entering the peak of his career and a first move to the Premier League could be a great next step for his career. He has spent most of his career so far in homeland Spain and is a technically gifted player. Newcastle boss Rafael Benitez is looking to assemble a squad strong enough for a Premier League return and Viera looks like he could make an immediate impact in England if purchased, but his steep release clause is a concern.

In other Newcastle transfer news, they have submitted an offer for a 22-year-old attacker.