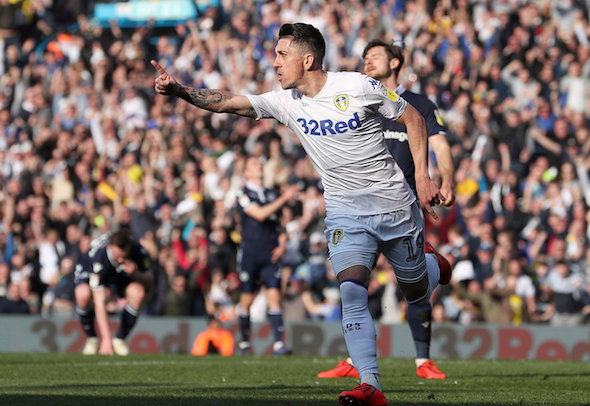 The Spanish attacking midfielder signed a two-year deal at this time last year that commits him to United until the summer of 2020.

A Leeds source has told Football Insider that the agreement includes a one-year extension if Leeds secure promotion to the Premier League during the period covering the contract.

With United second in the Championship with four matches remaining and three points clear of Sheffield United in third, the clause could come into effect within the next three weeks, and possibly even by Monday night, when two further games will have been completed.

The former Spain international turned 34 earlier this month and will be 36 by the end of the 2020-21 season but he has played some of the best football of his career in this campaign.

Leeds’ 2017-18 player of the year has scored 12 goals and supplied 12 further assists from 35 league matches and been instrumental in the club being well placed to clinch automatic promotion.