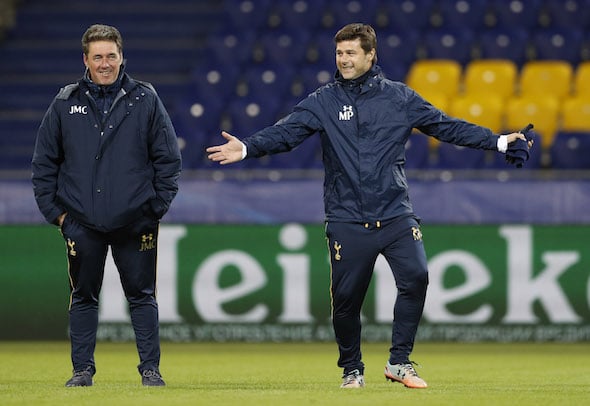 EXCLUSIVE By Wayne Veysey
Tottenham rising star Japhet Tanganga has agreed the terms of a new contract with the club, according to the Football Association.
New documents registered with the governing body show that the centre-back, 18, signed a fresh deal with Spurs on 22 December.
There has been no announcement from Tottenham about a new contract for Hackney-born Tanganga, who has a profile on the official Spurs website.
But paperwork on the official FA website shows that an agreement was reached for the youngster to extend his association with Tottenham nearly two months ago. Tangang is highly regarded by the Spurs academy coaches, who have been impressed by his progress through the ranks of the club.
The teenager is yet to make a senior appearance for the club but has been a regular for the Under-23s in Premier League 2 this season.
Football Insider verdict:
A central defender who turns 19 next month, Tanganga has already been capped three times at England Under-20 level even though he is yet to be named in a Tottenham squad and is only a relatively recent regular for the Under-23s. The right-sided centre-half has come on in leaps and bounds in the last 12 months, with his powerful physique and commanding presence ideally suited to his defensive role. He has been a key man for the Under-23s this season and there are many at White Hart Lane who believe he has caught up with Cameron Carter-Vickers, the American powerhouse who is now on loan at Ipswich Town after being named regularly in the first-team squad last season.
In other Tottenham news, a sensational swap deal with fourth-placed club is on the cards in a shock development.
Don’t miss out on breaking and exclusive Tottenham news by clicking here for our brilliant 24/7 updates on Facebook, Instagram and YouTube.