Rangers have been given new hope in their bid to prise rising star Lewis Gibson from Everton, Football Insider can reveal.

The centre-back, 19, is set to be pushed further down the pecking order at Goodison Park as the club close in on the £30million signing of Lille defender Gabriel Magalhaes.

Ibrox sources have told Football Insider that Rangers are keeping tabs on Gibson’s situation after being among the clubs who enquired about signing him on loan in January. 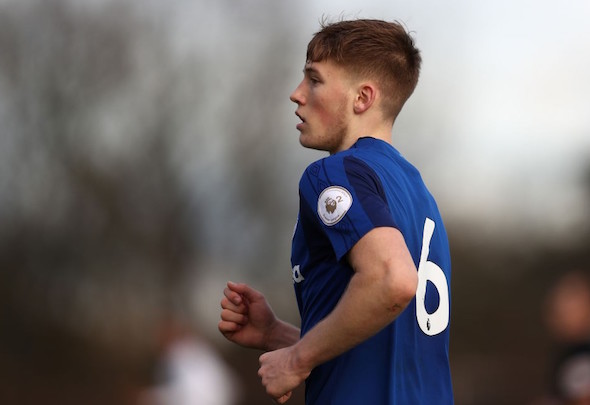 In the event, Gibson made a far shorter journey to Fleetwood Town as he completed a deadline-day temporary move to the League One club in January.

There remains interest from the Glasgow giants in Gibson, a technically gifted defender who Everton signed from Newcastle United in 2017.

That deal cost an initial £1million although it could rise to a potential £6m if all add-ons are achieved.

Like Magalhaes, Gibson is a left-footed centre-back and he is regarded as a player of huge promise by his parent club.

Gibson signed an extension to his Everton contract in January – tying him to the club until the summer of 2022 – before heading out to Fleetwood.

As reported by Football Insider, Everton are closing in on the capture of the Ligue 1-based star after offering him a five-year contract and bidding around £30m.

He could become the club’s first summer signing and means even greater competition in the centre-back position next season.

Gibson could find himself behind not only Magalhaes but also Yerry Mina, Mason Holgate and Michael Keane.

Since joining Fleetwood in January, he has made a big impact with nine consecutive starts in the league, six of which resulted in wins.

In other Rangers news, it can be REVEALED that the club have set their sights on goalscoring Premier League midfielder, with two offers submitted.