Everton are closing in on the signing of Lille defender Gabriel Magalhaes after offering him a lucrative five-year deal, Football Insider understands.

The Merseysiders are working on a deal for the 22-year-old and have made progress despite the impact of the lockdown on league campaigns and transfers.

An Everton source has told Football Insider that the club have identified Magalhaes as the answer to their need for a left-sided centre-back and negotiations over a deal are progressing well. 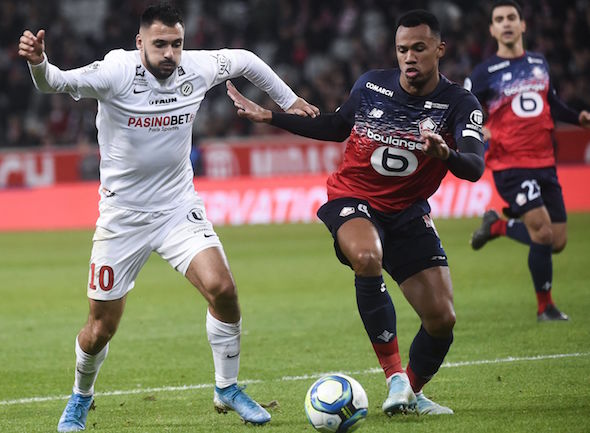 The club have made progressing in luring Magalhaes by offering him a five-year contract that would include a massive pay rise.

This comes after Football Insider revealed last month that the Toffees were in pole position to win the race for his signature.

Many clubs have put their transfer plans on hold due to the pandemic that has suspended football across the globe for over a month.

But Everton are well placed to complete a deal for Magalhaes when the window formally opens for business.

The Premier League big spenders have already tabled a £30million bid for the 6ft 3in colossus that the French club have indicated will be accepted.

The left-footed centre-back is set to depart Ligue 1 three years after signing from Brazilian club Avai for £1.5m, and despite signing a new contract just two months ago.

Magalhaes has made 52 appearances for Lille, 34 of which have come this season.

He has taken his game to a new level at the fourth-placed French top-flight club in the current campaign after previous spells on loan at Troyes and Dinamo Zagreb.

In other Everton news, it can be REVEALED that the club have set their sights on tying up one signing (not Gabriel) by 4 May.