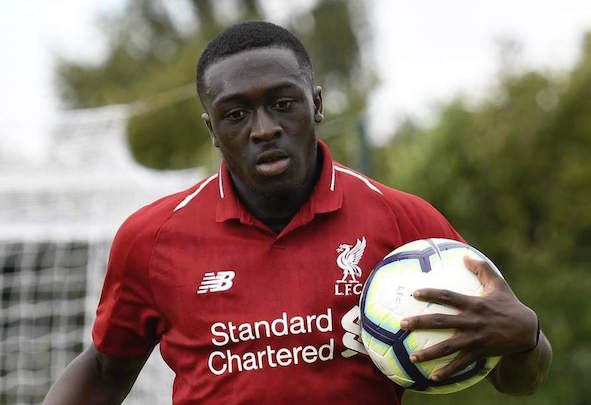 Liverpool forward Bobby Adekanye has undergone a medical at Lazio after accepting their offer of a triple-your-money contract, Football Insider understands.

The Dutch youth international, 20, is finalising a move to the Serie A big hitters that will be completed on 1 July, the day after his deal at the Merseyside giant expires.

A Lazio source has told Football Insider that the club will pay Adekanye around three times more than he is earning as a Liverpool youth team player with a long-term contract with £17,000-a-week before tax.

The right-sided attacker made up his mind to end his four-year association with Liverpool after growing frustrated at failing to progress into the senior set-up at the Premier League title challengers.

Adekanye was a regular for the Under-23s before he was frozen out of the set-up at the end of last year after making it clear behind the scenes he wanted to quit. Liverpool have tried to keep hold of the former Barcelona and Ajax youth-team star – Football Insider revealed in the middle of last month that Adekanye opened talks to move to Lazio after rejecting Liverpool’s offer of a new three-year contract. – but accepted defeat some time ago.

Adekanye has spoken publicly of his desire to switch clubs and revealed last month he had agreed “80 per cent” of a transfer to Lazio.

In other Liverpool news, a BBC pundit has insisted he has “never seen anything like” Liverpool player who is superior to “exceptional” Manchester City regular.