Albian Ajeti is primed to jet in from his Italian holiday retreat to sign for Celtic after a fee was agreed with West Ham, Football Insider understands.

The striker and his representatives are in the final stages of finalising a move to Parkhead following extensive talks this week.

Ajeti has been on vacation in Sardinia since the Premier League season ended and his ready to fly in to Glasgow for a medical and complete what would be Celtic’s second senior summer signing.

The Switzerland international has been convinced to join Celtic by manager Neil Lennon and has accepted an improved contract offer from the club after discussions had stalled.

A recruitment source has told Football Insider that West Ham and the Scottish champions have agreed a £5.5million loan-to-buy move.

This site first revealed on Thursday Celtic were closing in on Ajeti after submitting a new loan-to-buy offer to push the deal over the finish line.

This would see the move become permanent after a low number of stipulated matches, potentially just 10.

Hoops chiefs have offered the front man a higher wage if the initial loan move is then converted into a permanent switch.

Lennon has made a new striker a top priority even though Celtic expect to keep star man Odsonne Edouard. 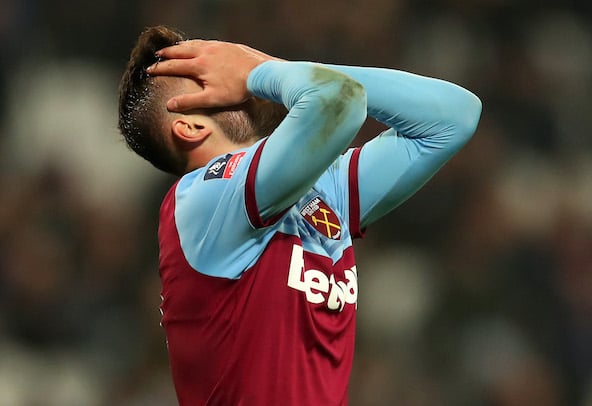 The manager does not believe he can rely upon Leigh Griffiths to stay fit and in good shape this season and wants cover and competition up front.