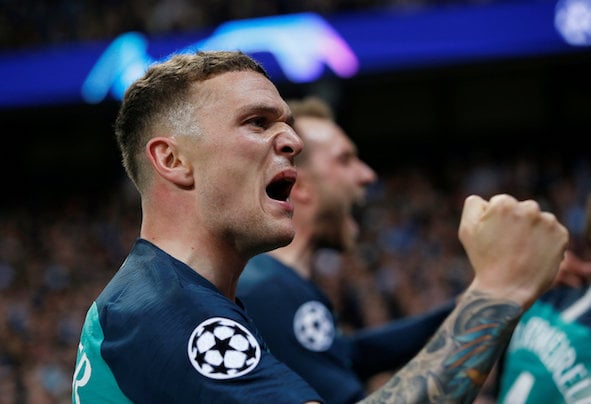 Reports in Italy have claimed the Serie A big hitters are close to signing the England international, 28, ahead of the summer window.

A Spurs source has told Football Insider that Napoli have yet to meet Daniel Levy’s asking price for the right-back, who is set to feature in Wednesday night’s Champions League showdown against Ajax.

Trippier remains the first choice wide right defender at Tottenham but the club are looking at alternatives as they step up plans to overhaul their squad this summer.

Mauricio Pochettino has misgivings over the defensive reliability of the England international, who played such a starring role for the national team en route to the World Cup semi-finals last summer. As revealed by Football Insider, Tottenham are keeping close tabs on Aaron Wan-Bissaka and will be encouraged that Crystal Palace will not stand in his way of a move if they receive a bid around the £30million mark.

Manchester United also have a strong interest in Trippier, who signed from Burnley in the summer of 2015 and has a contract with Spurs that has three more years to run.