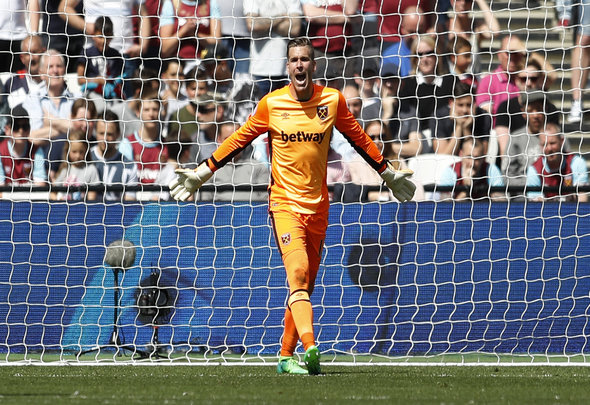 Adrian is set to leave West Ham this summer and the club are planning to sign a proven performer to replace him, Football Insider understands.

The Spanish goalkeeper is out of contract at the end of the season and the club have no plans to offer him a new deal.

A club source told Football Insider that West Ham want to recruit a senior keeper who can replace Adrian and back up established number one Lukasz Fabianski.

There has been talk of a promotion to the number two role for England Under-20 keeper Nathan Trott, who has graduated from the club’s academy, but the club believe the highly-rated youngster needs a spell out on loan to gain first-team experience next season.

West Ham will be in the market this summer for a more experienced keeper who has proved himself at a high level.

Adrian was an unused substitute for the 33rd time this season as the Hammers fell to a 2-0 defeat to Chelsea at Stamford Bridge on Monday night.

The 32-year-old has made five appearances this campaign, all of which have come in the domestic cup competitions.

In other West Ham news, a BBC pundit has slaughtered a “Disgusting” Hammers first teamer, claiming he wants to “string him up”.