Liverpool should consider a swoop to sign former AS Monaco goalkeeper Danijel Subasic, according to Paul Robinson.

Speaking exclusively to Football Insider correspondent Dylan Childs, the former England number one claimed that the “outstanding” 35-year-old would be the ideal goalkeeper to play in the absence of Alisson.

Subasic is a free agent after his contract expired at Monaco in July, bringing an end to his eight-year association with the French club. 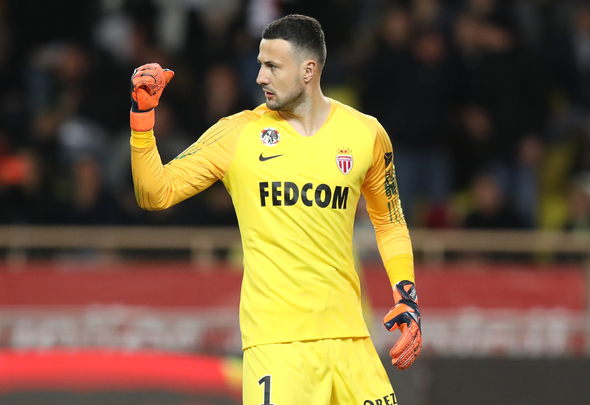 Jurgen Klopp revealed a week ago that Alisson was “likely” to be sidelined for six weeks with an injury sustained in the build-up to the 7-2 loss at Aston Villa.

Robinson was shocked to hear that Subasic was still a free agent and suggested the Reds sign the Croatian.

“Subasic is an outstanding goalkeeper,” he told Football Insider.

“A top goalkeeper that did brilliantly for Croatia in the World Cup. I am very surprised that he is still a free agent. I thought somebody would have snapped him up by now.

“Adrian is out of form and his confidence looks shot to pieces.

“If Alisson is going to be out for six weeks, Subasic would be an outstanding signing for them.”

Adrian was widely criticised for his performance against Villa before the international break which has resulted in the Reds considering a swoop for Stoke City goalkeeper Jack Butland.

Subasic has 44 caps for Croatia, one of which came in the World Cup final defeat to France in 2018.

In other news, Noel Whelan worried by the Telegraph’s huge Liverpool reveal.