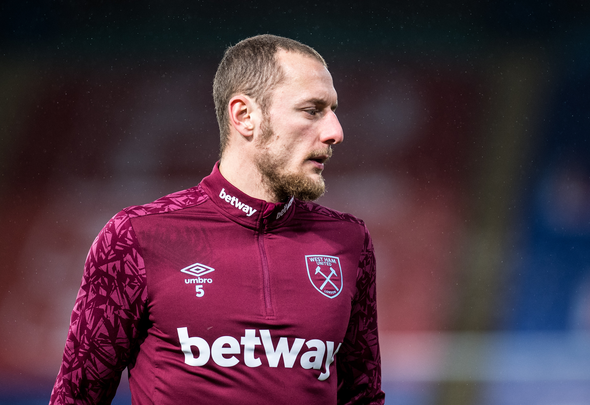 That is according to former Spurs and England goalkeeper Paul Robinson, speaking exclusively to Football Insider about the mentality change within the Hammers squad.

Coufal, 28, was visibly upset after the 2-1 loss against City on Saturday and it was not the first time the Czech Republic international has reacted in such a manner.

Last month he also cast a distraught figure when exiting the pitch at Old Trafford, after the Irons were knocked out the FA Cup.

As quoted by Football.London, Moyes hailed the right-back’s “great character” after the narrow loss against City last weekend.

When asked by Football Insider if Coufal’s reaction represented a significant shift in the dressing room mentality at the London Stadium, Robinson said:

“West Ham are day and night from what they were last season and Coufal’s devastated reaction shows that.

“Moyes was brought in to save them from relegation last season and now look at them.

“You could see the disappointment after the game and rightly so because they were unlucky against Man City.

“You can see a togetherness in the squad. There is a real unity and they are all playing for each other.”

Speaking on Coufal, Moyes said: “He is a great character Vladimir and thinks we should be winning all of the games.

“It doesn’t really matter who he comes up against he is going to try and do the best he can.”

In other news, Kevin Phillips claims ‘the stats don’t lie’ as West Ham star Jarrod Bowen is ranked the fourth-worst in Europe.