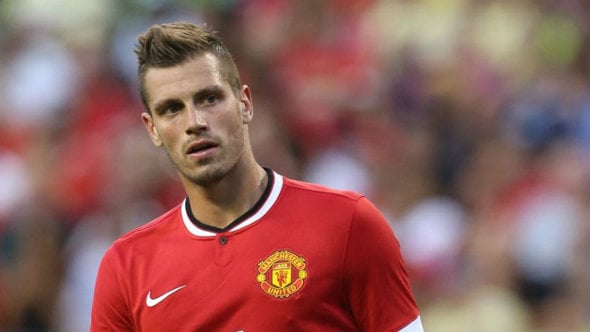 Morgan Schneiderlin is keen to move to Everton and re-unite with former manager Ronald Koeman, according to a report.

Dutch publication De Telegraaf claim that the Manchester United midfielder is open to a transfer to Goodison Park as his former boss Ronald Koeman looks to add strength to the Toffees midfield.

Koeman sold the Frenchman to United last summer for a fee of £24million, but the Dutch outlet claim that the former Southampton boss is targeting a reunion with his former player.

The 26-year-old was an integral part of Southampton’s success under Koeman, but since his move to Old Trafford, he has had mixed responses to his performances and as a result failed to cement a place under recently departed manager Louis Van Gaal.

With three years to run on his United contract, Schneiderlin is rated in the £20million-plus bracket, a figure which Everton have paid only once in their history, for record signing Romelu Lukaku when he joined from Chelsea for £28million two years ago.

A move from Old Trafford to Goodison Park would mean adding his name to a midfield which has come under increased pressure over the recently concluded Premier League season.

The 35-year-old Gareth Barry is nearing the end of his career, whilst the likes of Tom Cleverley, James McCarthy and Muhammed Besic have come under increasing pressure for their performances.

In the 2015-16 Premier League season, the Toffees conceded 55 goals, which led to the departure of Roberto Martinez as Everton finished a disappointing 11th in the Premier League.

In other Everton news, the Toffees will battle with Italian giants for this highly rated defender.