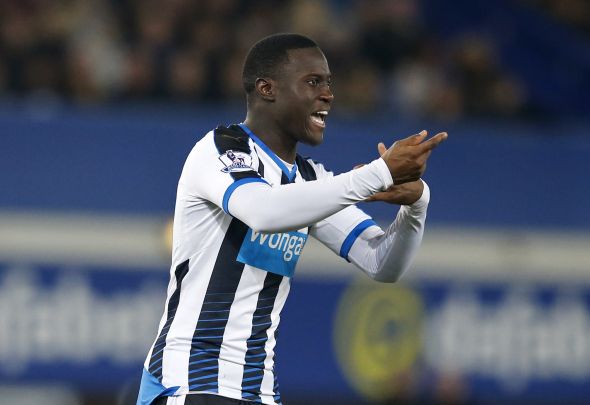 Ligue 1 outfit Saint Etienne have placed Newcastle’s Henri Saivet at the top of their summer shortlist, according to a report.

French publication La Provence claimed earlier this month that the midfielder’s representatives were in talks with Marseille chiefs in a move that would see Saivet move back to France.

Galtier wants Saivet o -loan with a future option of buying him permanently but is keen for the Magpies to pay half of his £40,000-a-week wages.

The 25-year-old has endured a difficult time in Newcastle after moving to England for £5million in January, after signing a five-year contract.

It is said that Newcastle manager Rafael Benitez regards Saivet as surplus to requirements and will sanction his exit.

Saivet signed for Newcastle after a string of impressive performances for Bordeaux that saw him make 123 Ligue 1 appearances in four-and-a-half years.

The Senegal international, who played for France during his youth right up until the under-21 level, made just four appearances for the Magpies after signing in January, with two of those being from the bench.

Saivet’s place in the side is likely to have become even weaker after the signings of Isaac Hayden, Matt Ritchie and Mohamed Diame.

In other Newcastle transfer news, this Championship playmaker could be the latest addition to Benitez’s St. James’ Park revolution.