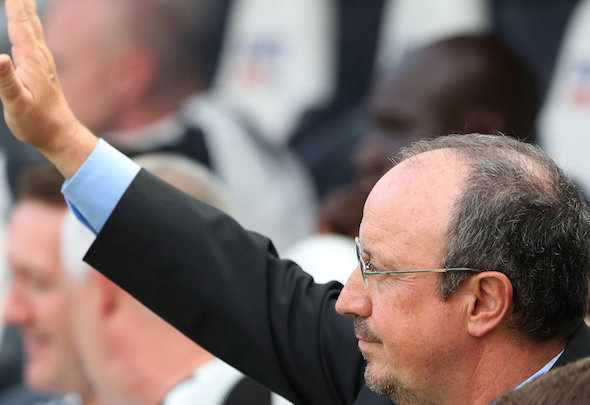 Newcastle United have had scouts monitoring the Bundesliga for talent after the success of triumphant capture of Mikel Merino, according to a report.

The Chronicle claim on their website that the Magpies have taken a vested interest in the German league after being so impressed by the quality shown by the Spanish midfielder, who originally joined on a year-long loan move from Borussia Dortmund.

The 21-year-old’s impressive performances convinced the Magpies to activate a clause in the deal to turn his move permanent, which the report claims was worth in the region of £7million.

The value offered by the midfielder’s transfer has convinced Newcastle to dedicate time and effort into sourcing similar talent in the country, although their history of imports from Germany has been mixed.

While Merino and Papiss Cisse, who signed from Freiburg, can both be considered successes, the loan move secured for striker Luuk de Jong from Borussia Monchengladbach was a huge failure, as he failed to find the net in his 12 appearances for the club.

Merino’s arrival at Newcastle has to be considered one of the best deals of the summer transfer window, and securing him permanently for such a little amount of money in today’s market was an absolutely brilliant bit of business. It is no wonder they are looking to replicate their success and if there are similar deals to be found, then it is likely Newcastle will pounce straight away. Much like the Premier League, the Bundesliga is hugely competitive from top to bottom, and is perhaps the European league most similar to England’s top flight. As a result, players who succeed in German will have a good chance of doing well for English clubs – just look at Pascal Gross (Ingolstadt – Brighton) and Sead Kolasinac (Schalke – Arsenal) this season.