Danny Mills has insisted that Liverpool are in such “sensational” form they have the resources to cope without Sadio Mane during his injury absence.

Speaking exclusively to Football Insider, the former England international suggested that the Reds had more than enough depth the deal with the loss of the Premier League player-of-the-year contender.

Mane had to be withdrawn with a muscle tear during his team’s 2-1 win over Wolves last week, and was not part of the squad that drew 2-2 with Shrewsbury Town on Sunday. 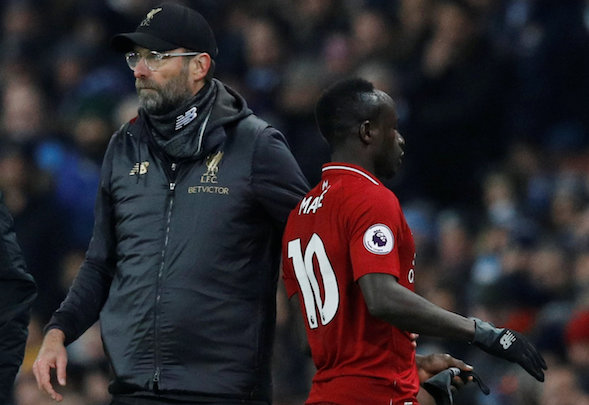 Jurgen Klopp confirmed on Tuesday afternoon that the forward would miss the league leaders’ trip to West Ham in midweek in what many deem a shattering blow.

But regardless of how long he is sidelined, Mills believes the Reds can cope.

“It’s not ideal, of course,” he told Football Insider.

“But I think Liverpool have enough strength in depth and enough confidence, such belief at the moment, that they can ride that out.

“I don’t think it’s a huge issue for them if I’m honest. They’ve been in such sensational form, and they’ve got players who can come in.

“Not ideal, but it won’t affect them in any way, shape, or form.”

Mane has been a standout performer in the Reds’ title challenge this season, hitting 11 goals and eight assists in 22 Premier League matches.

The only other game that the 27-year-old missed in the league this season was the away visit Bournemouth in December – a game that Liverpool won 3-0 with Mane on the bench.

In other Liverpool news, ‘Exceptional, Perfect’ – Danny Mills in awe of Kop star  who is going ‘under the radar’.