Spurs eased into the next round by hammering the League One side 6-1, but less was said of Fernando Llorente’s perfect hat-trick and Kyle Walker-Peters’ first goal in professional football as the newly implemented system caused yet more FA Cup uproar.

Terry appeared to be furious with how long it took for decisions to be made by VAR and on-pitch referee Paul Tierney.

Erik Lamela had an early goal controversially disallowed by the system with hardly anyone seeing what was wrong in the build up to the goal before Tierney took several minutes to award Spurs a penalty for a foul on Kieran Trippier.

Aston Villa star Terry updated his Instagram story on his personal account on Wednesday night to show his displeasure at the system which will be used at the World Cup in Russia this summer.

“What a shambles VAR is,” the former England and Chelsea captain said.

“Takes far too long, I can’t even watch this.”

Despite all the controversy, Spurs booked a clash against Swansea at the Liberty Stadium in the sixth round, putting them three wins away from lifting major silverware.

Llorente bagged himself a hat-trick in the second-half while Heung-min Son bagged a brace and Walker-Peters rounded off the rout.

Son had a penalty controversially ruled out by Tierney in the first-half too when he stuttered his run-up.

However VAR should have perhaps clocked that Rochdale players have encroached into the area before the spot-kick was taken.

In other Tottenham news, fans slammed one player despite the win against Rochdale, with one labeling him as a “liability”. 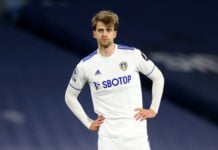 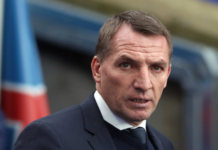