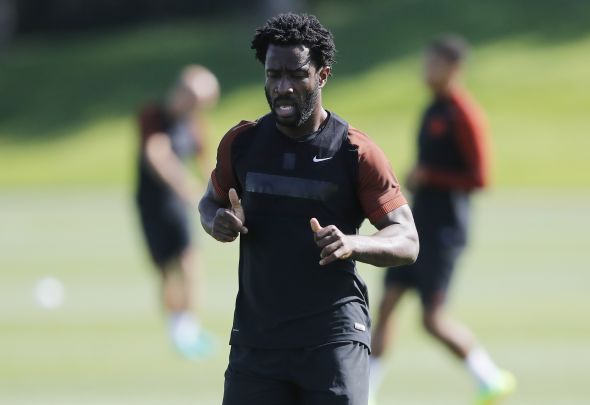 The Hammers are desperate to bring in a proven goalscorer after attacking duo Andy Carroll and Andre Ayew have been ruled out with long-term injuries.

Speaking before Thursday’s Europa League second leg tie against Astra Giurgiu, Croatian manager Bilic identified the 27-year-old as the man to score the goals for the East London side.

Hammers fans took to Twitter to try to convince the West Ham hierarchy that Bony is the man to sign. The striker came to prominence at Swansea where he scored 35 goals in 70 league and cup encounters.

Bony will be a good signing for West Ham.

Bony to west ham is a no brainier surely! Not sure why he's only a option! Be a great signing

Bony to West Ham would be a great deal for us, on loan or permanent. Can't afford to build strike force around Carroll. #COYI

Please Please Please get Bony!
Citey wasn't a good move for him.
Our midfield supplying him, he will score for fun! #Bony #WHUFC #COYI

Bony for £20m would be an unreal bit of business. #WHUFC #COYI

Bony, Calleri and Fletcher.
That'll do for me pls! #COYI #WHUFC

One West Ham page believes that the former Vitesse Arnhem forward will be dancing for joy if he gets the chance to play with attacking midfielders Dimitri Payet, Michail Antonio and Manuel Lanzini.

When you imagine yourself playing in front of Payet, Lanzini and Antonio. pic.twitter.com/Tlrrm0l98A

The Sun have reported that the Ivory Coast international is on the hunt for regular first-team football, and has already rejected a move to the Chinese Super League this summer.

In other West Ham transfer news, this young defender could be set to join Championship club Rotherham on loan despite signing a new four-year deal.