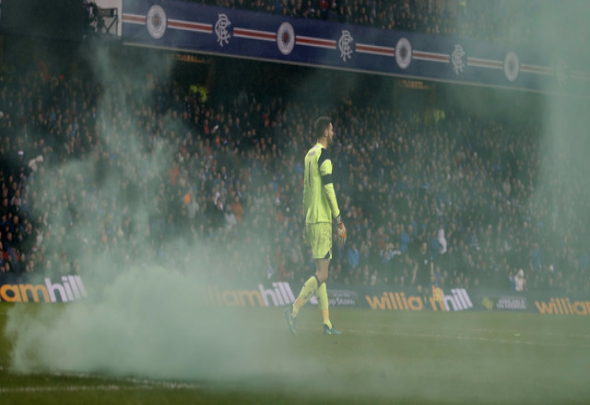 Premier League club Chelsea are planning on making an offer for Celtic goalkeeper Craig Gordon on Thursday, according to a report.

Sky Sports claim in their transfer blog on Thursday morning (10:57 am) that Brendan Rodgers’ first team ace is being considered as a possible replacement for backup keeper Asmir Begovic.

Celtic are now gearing up for what could be a landmark January transfer between the Scottish giants and the English top flight leaders.

It is said that Bournemouth have had a £10million offer for Begovic turned down and that Celtic have the option of extending Gordon’s contract beyond this summer.

This will see Chelsea’s interest in Gordon intensify after Telegraph correspondent Matt Law previously claimed that the shot stopper was on a three-man shortlist compiled by the club.

But, Sky Sports La Liga expert Guillem Balague has claimed that Lopez’ current club, Espanyol are confident in keeping him at the club until the end of the season.

Gordon is an established keeper in Scotland and recently featured during their 1-0 win against St Johnstone on Wednesday night.

If Gordon is to make a move to Chelsea then Celtic must demand big money for their first choice goalkeeper. It is not yet known what type of bid the current Premier League leaders will put in, but it may well be an offer not suited to the Scottish Champions. Gordon is an established keeper at the Glasgow-based side and finding a replacement so late in the window will be difficult. Rodgers side are out of Europe and are aiming for a treble in his debut season. Gordon should help his side achieve that feat and then possibly consider a move away from the club. If he is sold then it will leave a big dent in Rodgers plans for the rest of the campaign, even though they have already won the Scottish League Cup and are close to wrapping up the Scottish Premiership in record fashion.

In other Celtic transfer news, the club is in a three-way battle for this Championship defender.