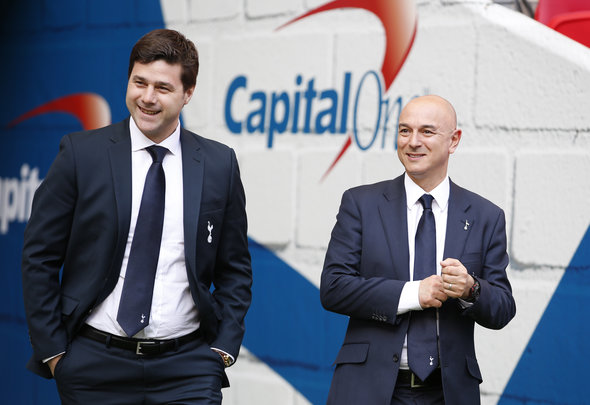 It is looking increasingly likely that Gareth Bale will leave Real Madrid this summer, but he will not be returning to Tottenham, according to a report.

Sky Sports report that one of the biggest transfers of the summer is looking ever more likely, with Bale’s agent set to meet with Real Madrid following his post-match Champions League comments.

Talking immediately after the game, which he gave a man of the match performance in, Bale said he was unhappy that he hadn’t started the game and that he needed to start regularly next season.

Sky report that things are picking up pace and that the meeting between Bale’s representatives and the club will happen soon.

They claim that Manchester United and Chelsea are interested in the 28-year-old attacker, but that his wages and the fact he’s contracted until 2022 mean that it would a Tottenham move won’t happen, despite the north London club having an option that enables them to match any Premier League offer for their former player.

Gareth Bale looks to be on the move this summer. His post-match Champions League comments pretty much put the seal on that, and the big question of the summer is where will he end up. He’s on a massive salary at Real Madrid and possibly only three British clubs – Man United, Chelsea and Man City – could afford him. United and Chelsea are said to be interested but it would take a huge fee and then ongoing wages to wrest him for Real, and it remains to be seen whether anyone has the appetite to take a risk on a player who has suffered from injuries. The one thing that seems pretty certain is that he won’t be making a romantic return to play in Tottenham’s new stadium. Their wage ceiling might be about to be broken this summer, but they won’t go anywhere near Bale’s. And Pochettino or indeed Levy would not want to risk upsetting other players by making a very high profile exception. It’s a shame – neutrals and Spurs fans would love the idea of a return to where it all really started for Bale, but a final chapter in that story is not set to be written any time soon.

In other Tottenham news, Levy closing on in biggest deal of summer for Tottenham, signature expected in days