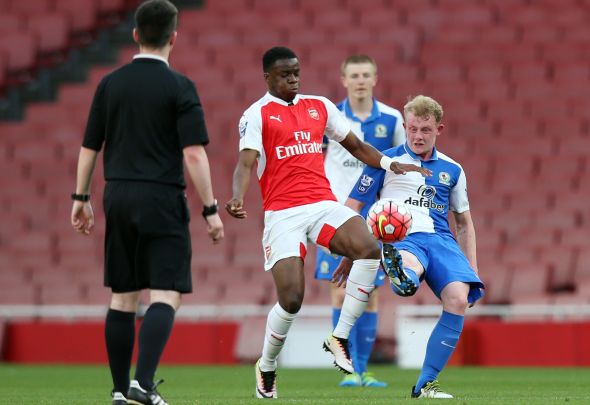 Arsenal forward Stephy Mavididi is set to quit the club this summer amid interest from a number of clubs at home and abroad, Football Insider sources understands.

Mavididi is highly-regarded at Arsenal having come through the ranks at the club, but he has yet to break into the first-team at the Emirates.

A well-placed source has told Football Insider that several German sides, including one in the Bundesliga, and English Championship clubs have made enquiries about Mavididi’s availability this summer to see if Arsenal would consider selling the forward.

The Gunners are ready to do so, as the skilful attacker has seen his progress held up by untimely injuries which has prevented him from pushing for a spot in the Arsenal side.

The 20-year-old, who can play out wide or behind the main striker, has had three loan spells away from Arsenal during the last two seasons.

Mavididi had a spell at Charlton during the 2016/17 season playing five games for the Addicks before injury cut short his loan spell.

The England Under-20 international spent the first half of last season on loan at Preston where he made 11 apppearances for the Championship club and only the presence of Jordan Hugill stopped him from getting more game time.

Mavididi then rejoined Charlton on loan for the second half of last season, helping them reach the League One play-off semi-finals with two goals in 15 appearances.

In other news, the club are working on a deal to sign the most creative player in English football in what would be a sensational transfer.