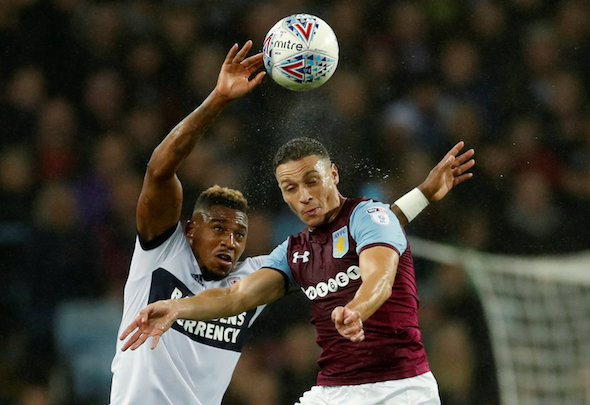 Aston Villa are working on a deal to sign Aberdeen defender Scott McKenna in January and are ready to make another bid despite Steve Bruce’s dismissal, Football Insider sources understands.

Manager-less Villa saw a transfer deadline day bid for the Scotland international rejected by Aberdeen, but they have continued to keep tabs on his progress.

Villa boss Steve Bruce had instructed his scouts to monitor McKenna’s performances in the early weeks of the season and he remains on the club’s radar as they draw up an extensive dossier on the centre-back.

A well-placed source has told Football Insider that the feedback on McKenna, who has really caught the eye at Aberdeen during the last 12 months and his form has seen him break into the Scotland squad, has been excellent.

The 21-year-old was the subject of several bids in the summer with Celtic, Swansea City and Hull City all seeing their interest rebuffed by Aberdeen.

Villa are determined to win the race for McKenna as they looks to shore up their leaky defence and find a replacement for John Terry following his departure at the end of last season.

Villa have one of the worst defensive records in the Championship this season, conceding 18 goals in 11 games and they want to resolve the issue by making a new move for McKenna when the transfer window reopens in January.

In other news, it can be revealed that the  Championship big hitters are working on a deal to sign a midfield goal machine with six goals in seven matches and it could be done before January.