Chelsea are pondering a shock move for Brighton star Lewis Dunk as they look to solve their defensive problems.

Blues manager Frank Lampard has made it a priority to strengthen the club’s back line this summer after frailties were further in evidence in Saturday’s 2-1 FA Cup defeat to Arsenal.

A Chelsea source has told Football Insider that Dunk, 28, has emerged as a target for Lampard in this window. 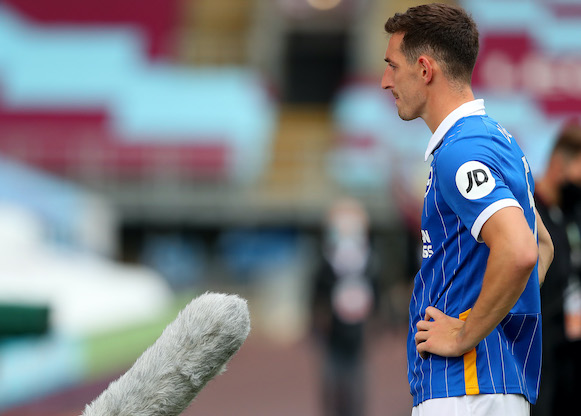 The Londoners are yet to make an offer for the centre-back but he is under consideration as a potential signing.

This comes as Chelsea look to sell a number of senior defenders to raise funds for new recruits this summer.

Lampard has mainly deployed a three-man defence this season but his side conceded a whopping 54 goals in their Premier League campaign, more than any other team finishing in the top 10.

Dunk is something of a surprise target as he has spent his entire career at Brighton without attracting sustained interest from elite clubs.

He has earned one England cap – two years ago – but has played more times in the Championship, 164, than in the Premier League.

Nevertheless, Dunk has been a rock at the back for Brighton during their three seasons in the top flight and barely missed a minute of action.

He has started 110 out of their 114 Premier League matches during that time, including 36 in the current campaign.

Dunk has three years remaining on his Seagulls contract and likely to be valued well in excess of £30m.

In other Chelsea news, it can be REVEALED that senior stars are furious with Frank Lampard behind the scenes.