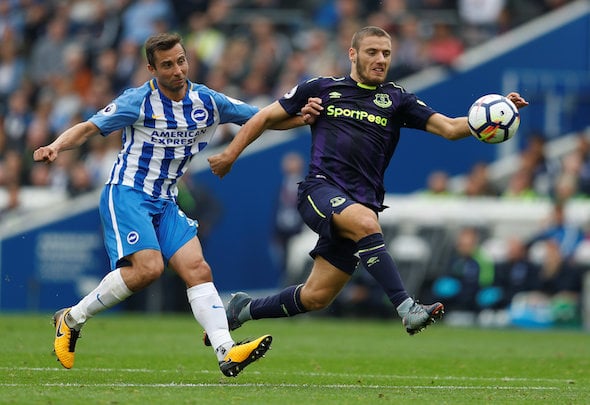 Everton are confident of securing a £12million fee for Nikola Vlasic as Marcel Brands working on selling him permanently, Football Insider understands.

The attacking midfielder, 21, has spent the season on loan at CSKA Moscow after failing to win over Marco Silva during pre-season training at Goodison Park.

Vlasic’s agent said this week that the player wants to join the Russian side permanently and is eager to sever his ties with Everton this summer, two years after joining in a £10m deal.

A club source has told Football Insider Silva has no plans to make Vlasic a central figure in his side and recruitment chief Brands has already begun negotiations over a sale.

Everton privately doubt whether CSKA will be able to match their asking price, but are confident there is enough interest in the playmaker from Italy, Turkey and France to realise their £12m valuation.

Vlasic has had a fine campaign, scoring eight goals and supplying five assists from 25 matches, and lit up the Champions League with three goals in six games in the group stages.

The Croatia international has made just 19 appearances for Everton since his arrival from Hajduk Split.