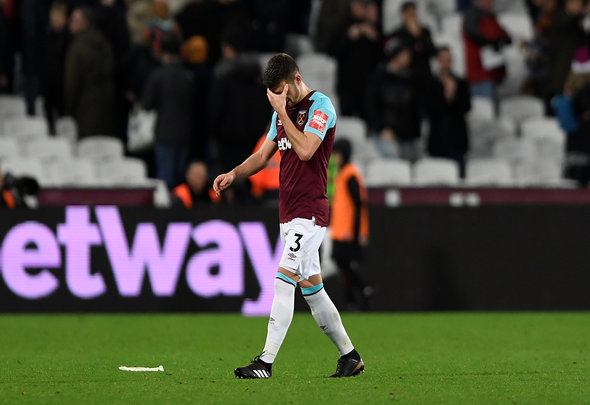 The Merseysiders are keeping close tabs on the 29-year-old as the future of 34-year-old Leighton Baines, who is out of contract next month, remains unresolved.

An Everton source has told Football Insider the club are in the market for a new left-back and Cresswell is deemed a realistic target given his experience and likely price tag.

West Ham may be tempted to cash in on the long-serving star, who shared left-back duties this season with Arthur Masuaku.

Cresswell made 22 appearances in all competitions and has played 179 times for the east London club since joining from Ipswich Town in the summer of 2014 for £4million.

West Ham are likely to want double that figure from any potential buyer for the defender, who still has two years remaining on his contract.

Everton’s first choice left-back is Lucas Digne, who had an outstanding debut campaign following his arrival from Barcelona and was named the club’s player of the year.