The Hoops are in talks with the goalkeeper, 22, over a blockbuster deal after he grabbed his first-team opportunity to become club’s the new number one.

A Celtic source has told Football Insider that Lennon wants Hazard tied to a long-term deal and discussions are progressing behind the scenes.

The Scottish giants are hopeful an agreement can be secured by the end of this year.

That is likely to mean a significant pay rise for the Hoops academy product, whose current agreement expires next summer.

Celtic have made it a priority to extend the contract of Hazard following a remarkable few weeks in the young keeper’s career.

Hazard delivered assured displays in both the Europa League victory over Lille last Thursday and Sunday’s 2-0 Premiership win over Kilmarnock.

It is likely he will now keep the number one spot for Sunday’s Scottish Cup final against Hearts as Celtic look to secure a fourth consecutive domestic treble. 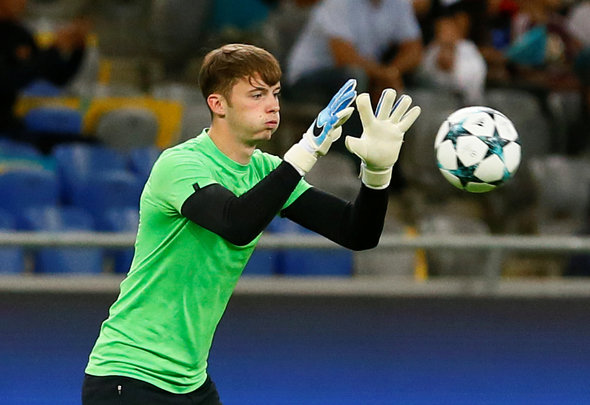 The Downpatrick-born Hazard joined the Hoops youth academy from Cliftonville in 2014 and was promoted to the first team squad by Brendan Rodgers in 2017 when he also signed a four year contract.

He has now made three senior Celtic appearances and conceded just two goals in those matches.

In other news, Celtic “have landed the next Dennis Wise” as brilliant player arrives at Parkhead.