Leeds United are plotting an approach for Newcastle United striker Dwight Gayle ahead of the January window, Football Insider understands.

The striker, who returned to St James’ Park during the summer after a prolific season on loan at West Brom, has made just four substitute appearances under Steve Bruce.

A Leeds source has told Football Insider that Gayle, 28, is a target for Marcelo Bielsa’s side amid fears Arsenal may recall loan star Eddie Nketiah. 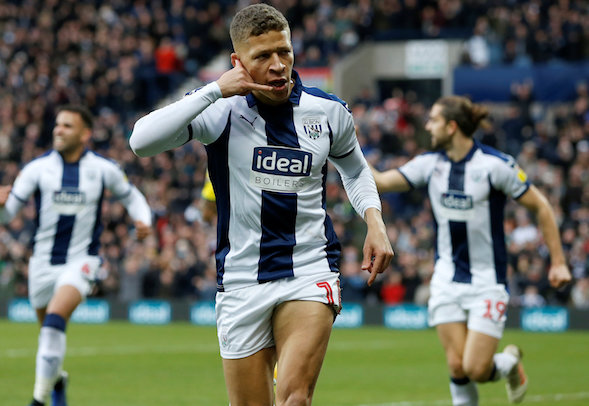 Liverpool’s rising star Rhian Brewster is another forward on the shopping list of recruitment chief Victor Orta as he assesses front men who may be available in January.

There is no guarantee at this stage that Bruce and Newcastle will be willing to offload Gayle, especially if Leeds will only consider a loan for the second half of the campaign.

The Premier League club may be more open to selling Gayle on a permanent deal after his difficulties in nailing down a regular role.

The 29-year-old is fit again after a calf injury suffered in pre-season sidelined him until mid-October.

But he has had to play second fiddle to first choice number nine Joelinton since his return.

Gayle has an outstanding track record in the Championship, banging in 24 goals in 41 matches at West Brom last season.

The former Crystal Palace and Peterborough forward has scored 29 goals in 71 Newcastle games, although he has not been as prolific in the Premier League.