Rafael Benitez has rejected an approach from West Ham to become their new manager, Football Insider can reveal.

The 59-year-old Spaniard has figured high on the wanted list of the Hammers hierarchy as they assess possible candidates to replace Manuel Pellegrini.

An West Ham source has told Football Insider that the club’s board have great admiration for Benitez and have sounded him out again after two previous attempts in the past. 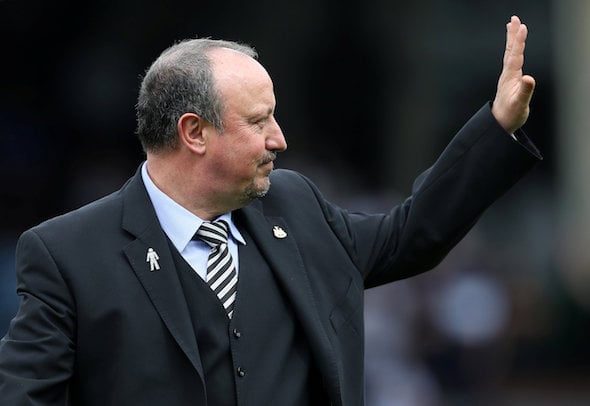 But Benitez has knocked back the latest interest from West Ham even though he is eager to return to the Premier League for the right post.

Benitez would be eager to return to the Premier League for the right post, but has made it clear that he does not want to take over at this point in the campaign.

The Champions League winner is set to remain at Chinese club Dalian Yifang, who he joined after quitting Newcastle United at the end of last season.

It is a major blow to the Hammers, who regard Benitez as an ideal candidate.

Pellegrini is fighting to keep his job after West Ham sunk to their seventh defeat in nine league matches last night, a 3-1 defeat at home to manager-less Arsenal.

As revealed by Football Insider yesterday, the Chilean is set to be axed if the Hammers lose to Southampton this weekend.

That fixture is followed by a 12-day break between matches, which could offer the club an ideal window to secure a new manager.

Benitez has an impressive CV that includes major trophies at Liverpool, Valencia, Chelsea, Inter Milan and Napoli, as well as the Championship title at Newcastle.