Southampton have offered Danny Ings a lucrative new contract in a bid to fend off suitors including Tottenham.

The Saints opened talks with the striker, 28, in the summer in an attempt to tie him down to a fresh, long-term deal.

Southampton were stung into action by interest from rivals in their prize asset, with a recruitment source telling Football Insider that Tottenham had a “sizeable” bid for the player knocked back in the recently-shut window.

Ralph Hasenhuttl has made it clear he has “zero interest” in losing the prolific front man, who has reignited his career since signing from Liverpool in 2018.

Southampton are making progress in tying Ings down to a new and improved deal.

They hope to have an agreement in place to end any speculation going into the January window.

Ings has played the best football of his career since his loan move from Liverpool was made permanent in the summer of 2019 for around £20million. 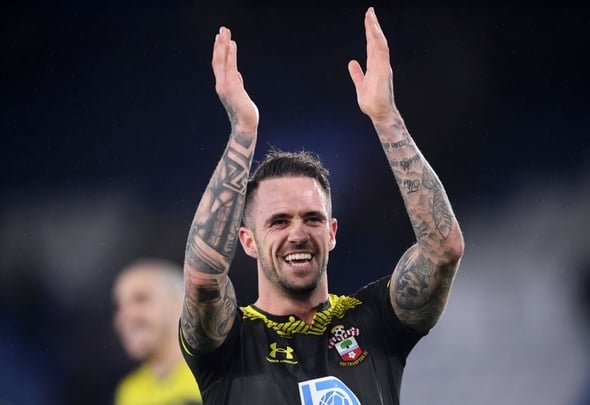 Ings has already found the net four times in the Saints’ six Premier League matches this season and set up both their goals in last weekend’s shock 2-0 win against league leaders Everton.

Ings, who has two years remaining on his current contract, also scored his first England goal with an overhead kick against Wales earlier this month.

In other news, Tottenham coaches have been left open mouthed at the brilliance of “phenomenal” signing better than Gareth Bale.