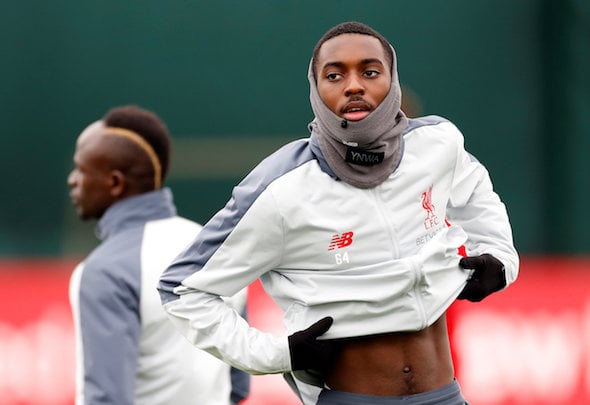 Wolves have tabled a five-year contract offer to Liverpool rising star Rafael Camacho as they aim to lure him to Molineux this summer, Football Insider understands.

Football Insider revealed in early April that the 19-year-old had snubbed a five-year contract offer from the Champions League winners and was set to quit Anfield this summer a year before his current deal expires.

A Liverpool source has told Football Insider that Wolves are keen to beat multiple clubs from England, Germany, France and Portugal to the signature of the £10million-valued attacker and have offered him a five-year deal.

Manager Nuno Espirito Santo and his recruitment team believe the offer, which would significantly enhance Camacho’s wages, combined with Wolves’ dramatic improvement over the last two years and the heavy Portugal contingent at Molineux could prove decisive in the chase.

Camacho also has strong interest from the likes of RB Leipzig, Borussia Dortmund and Sporting Lisbon as the likelihood grows he is set to quit Anfield.

A Portugal Under-20 international, Camacho would link up at Wolves with his countrymen Ruben Neves, Ruben Vinagre, Diogo Jota, Rui Patricio, Helder Costa and Joao Moutinho as well as Nuno himself.

The teenager is keen to ignite his career as an attacker after expressing his unhappiness on social media at playing right-back in his two senior Liverpool appearances earlier this year.

He has been a prolific scorer and creator of goals at youth-team level for Liverpool, netting 12 times and providing eights assists from 20 appearances in 2018-19.

Camacho came close to joining Sporting Lisbon on loan in January but, as revealed by Football Insider, Klopp blocked the transfer because he wanted him to stay in the first team squad.

In other Liverpool news, it can be REVEALED the Merseyside giants have blown Manchester United out of the water to agree to sign starlet.