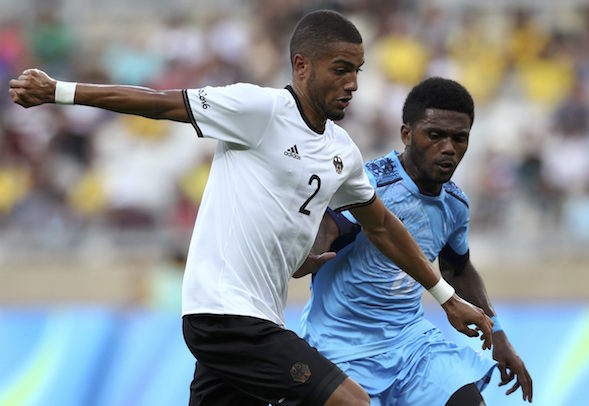 Tottenham are close to signing Hoffenheim defeder Jeremy Toljan, according to a report.

Portugese newspaper Record Sport claims Spurs are set to beat Benfica in the race to secure the 22-year-old fullback’s services.

Crystal Palace have dropped out of the battle for Toljan, as they know they cannot match Tottenham’s financial clout.

It is said the Germany Under-21 international is likely to rival Kieran Trippier for the right-back spot at Spurs if he makes a north London move, although he is equally comfortable at left-back.

This comes after Sky Sports claimed the north Londoners were scouting Toljan as a potential replacement for Walker.

The 22-year-old was in and out of the side at his club last season, and he only made 20 Bundesliga appearances in total.

He broke into the first team at Hoffenheim in the summer of 2013, and he has since played 59 league and cup games for the side.

Toljan is relatively inexperienced and is by no means a like-for-like replacement for Walker, but he has a growing reputation in his homeland. He is also comfortable playing at both right-back and left-back, which makes him an asset for any manager, especially one such as Pochettino whose system relies heavily on his full-backs bombing forward and proving a supply line to those in the penalty box. Spurs have kept their powder dry in the summer window to date, but they are almost certain to buy a new right-back despite Trippier’s improvement at the end of last season.

In other Tottenham transfer news, Spurs are keen on this 20-year-old centre-back.