Tottenham loanee Gedson Fernandes chose the wrong club and manager if he wanted to improve as a player, according to Gabriel Agbonlahor.

Mourinho admitted to Portuguese TV station SportTV, as reported by Goal, that Fernandes could return to his parent club Benfica in January.

The twice-capped Portugal midfielder is yet to feature in the Premier League since his arrival in north London last January on an 18-month loan deal.

This season Fernandes has made the bench for just one top flight fixture.

Asked by Football Insider what has gone wrong for Fernandes at Tottenham, Agbonlahor said: “Sometimes you don’t get time in football and especially with Jose Mourinho.

“Throughout Jose Mourinho’s career he has not wanted players that need time. You look at Ryan Sessegnon who he got rid of.

“He wants players that are at their peak or ready to perform at the highest level.

“I think that’s something Jose Mourinho has figured out with his Spurs side now. He prefers Pierre-Emille Hojbjerg, Moussa Sissoko and Tanguy Ndombele.

“They’ve been playing recently because he knows what he’s going to get from them. They’re strong athletes who can play as one. 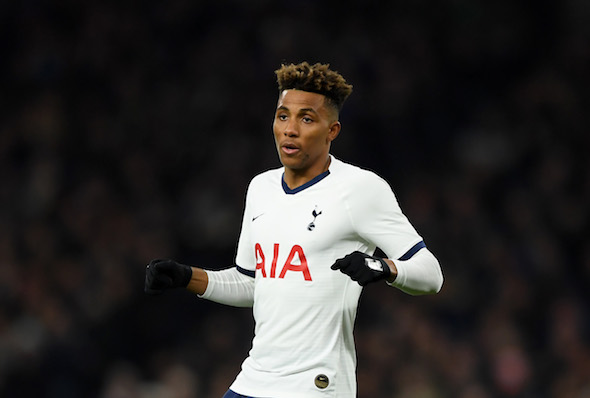 “The front three picks itself with Gareth Bale, Heung-Min Son and Harry Kane.

“I feel like Gedson Fernandes probably chose the wrong club and wrong manager to get better. Jose Mourinho does not give you time, you need to be on it straight away.”

In other Tottenham news, an 18-year-old has been tipped as the club’s next breakout star after Under-21s display.