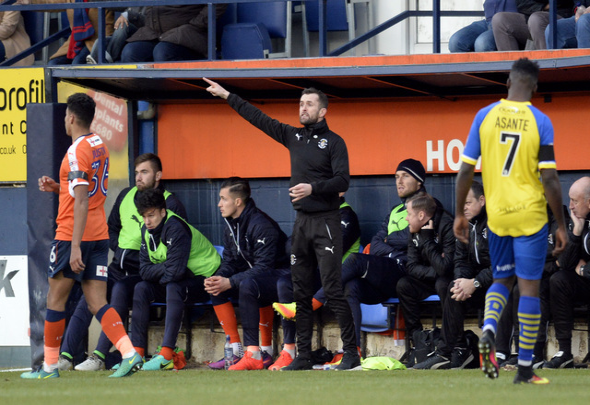 The centre-back, 21, is regarded as one of the best young defenders in the Football League and he was named in the official PFA League Two Team of the Year this season.

Edmundson’s impressive form in helping Oldham climb clear of relegation trouble to just outside the play-off places has brought him onto the radar of clubs higher up the football pyramid.

A source close to the player has told Football Insider that Championship duo Stoke and Preston have made regular checks on Edmundson this season and they are weighing up moves for the powerful central defender as they plan to make changes to their squads for next season.

League One promotion hopefuls Sunderland are also aiming to strengthen their central defensive options next season and they are keen on Edmundson whatever league they are in next season.

Edmundson is entering the final year of his contract at Oldham and the Latics are bracing themselves for offers for their prize asset this summer.

The 21-year-old, who has progressed into the first-team from Oldham’s youth academy, has been a virtual ever-present this season, making 52 appearances in all competitions.

In other Stoke City transfer news, it can be REVEALED that one of the club’s star men has told friends he wants to join Bournemouth as mega bid readied.