Leeds United fans have taken to Twitter to blast midfielder Mateusz Klich for posting a cryptic message on Twitter on Friday.

Klich, 27, posted an image of actor Ryan Reynolds looking frustrated and letdown on his personal Twitter account after it was reported by BBC reporter Adam Pope that the Polish midfielder was going to be left out of this weekend’s clash against Barnsley.

TEAM NEWS: Klich is not involved in the squad for the trip to Barnsley. Anita in the eighteen again. Dallas definitely out but hopefully fit for Villa game. #lufc

Klich has really struggled to earn first-team football since moving to Elland Road from FC Twente in the summer, starting just one game in the Championship all season.

The fringe player has started all four of the Whites’ League Cup games but since they were knocked out of the competition by Leicester a month ago, the 10-times Poland international has failed to earn a single minute.

The ex-Twente ace has been completely left out of the matchday squad for the last three games with Thomas Christiansen seemingly being reluctant to include him in his side.

It seems that Klich’s tweet was posted in reference to his constant frustrations, but that hasn’t gone down well with the fans, who in response have told the midfielder to stop moaning on social media and go out there to earn his spot in the team.

Stop whining! Straighten up and train harder. Do that and your chance will come. Thomas picks the players whom he sees best.

Stay off the Twitter with your Ryan Reynolds GIFs, get on the training ground, get there earlier, stay later, work harder than anyone else.

Don’t be such a baby

Shame youre not in but be professional, this is childish.

@LeeOverton95 Apparently this is in reaction to the pre match presser that he won’t be travelling with the team. Bit unprofessional if so?

This is never good

If your not being picked then you aren't good enough. Be a professional like your paid to be and get on with it!

In other Leeds United news, this 25-year-old is facing a battle for fitness for the Barnsley game after being involved in a “nasty” car crash. 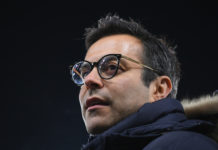